Slime and the mystery of Christmas

Emmanuel (God with us) in the Greek text of Matthew 1:23.

I’ve never witnessed this much slime and nauseating stench in our national life. An admitted p%&#y-grabbing president endorsing an alleged pedophile for the Senate; a tax bill throwing 13 million people off healthcare, enriching the one-percent while driving many into poverty; a dismantling of environmental protections while hurricanes savage Puerto Rico and wildfires destroy the homes of loved ones in southern California; an all-out persecution of immigrants fleeing here for their lives; an extolling of misogyny, racism, and homophobia as though these were our all-American values; the specter of all-out nuclear war.

All of which makes this year’s celebration of the mystery of Christmas even more, well, mysterious.

Why would the Creator want to pitch her tent in such a slimy, degenerate mess? Could we blame her if she instead reached for the Tylenol, put a warm washcloth over her eyes, put on some soft music, and lay down in a desperate hope of quelling the relentless throbbing migraine; take a long hot shower to soothe her crawling gooseflesh; book the next flight out of town and flee in infinite disgust, rage, and tears?

Why would anyone deliberately choose to enter such a world as ours, become Emmanuel, God-with-us? It’s the Advent question of the week.

On the Mystery of the Incarnation
It’s when we face for a moment
the worst our kind can do, and shudder to know
the taint in our own selves, that awe
cracks the mind’s shell and enters the heart:
not to a flower, not to a dolphin,
to no innocent form
but to this creature vainly sure
it and no other is god-like, God
(out of compassion for our ugly
failure to evolve) entrusts,
as guest, as brother,
the Word.
— Denise Levertov (1923–1997)

See you in the church on Julian Avenue.

This Advent: Alms for Cristosal

Advent is now underway, and again this year we take up a second collection each Sunday for Cristosal, one of the foremost organizations seeking justice for the people of Central America. You don’t hear much in the news these days about Central America. If you did, your heart would break. As our friend, Kathy Veit, writes:

It is a crisis of violence and forced displacement on a scale seen otherwise only in official war zones. If you are unfamiliar with this crisis (it hasn’t made our front pages since 2015), this recent article provides good background: Trump Administration Suddenly Cancels Refugee Program That Saved Lives of Central American Children. This brief film also brings the story to life.
(See more of what Kathy writes about Cristosal’s work in Central America.)

Cristosal is also leading the prosecution of one of the first war crimes trials following El Salvador’s bloody civil war–the case of the 1981 El Mozote Massacre, one of the greatest atrocities in modern times in the Western Hemisphere. The Salvadoran army brutally killed at least 1,000 civilians, 60% of them children.

Our parish has been honored to quietly accompany three young Central Americans–Allan, Mirza, and Isrrael–who fled Honduras and Guatemala for their lives. Each is here on their own, their families and loved ones far away. Allan, recently baptized, is now one of us. Mirza and Isrrael we see less often; their lives are jammed with school, more than one part-time job, soccer, and a little time to just be teenagers. But, in each case, we help as best we can: Safeway cards when the food starts to run out at the end of the month, an occasional hug, maybe a job lead.

But we also need to look at the root of the problem. What drove Allan and Mirza and Isrrael to flee for their lives in the first place? Their stories are part of a much larger one of the violence and oppression that afflicts their countries. It is this reality Cristosal robustly challenges.

You’ll hear more in the days ahead.

When we pass the hat a second time each Sunday of Advent, please give from your heart.

A candle-lit, quiet, prayerful way to end your workday, deepen your Advent prayer, settle into the evening, and prepare for Christmas. 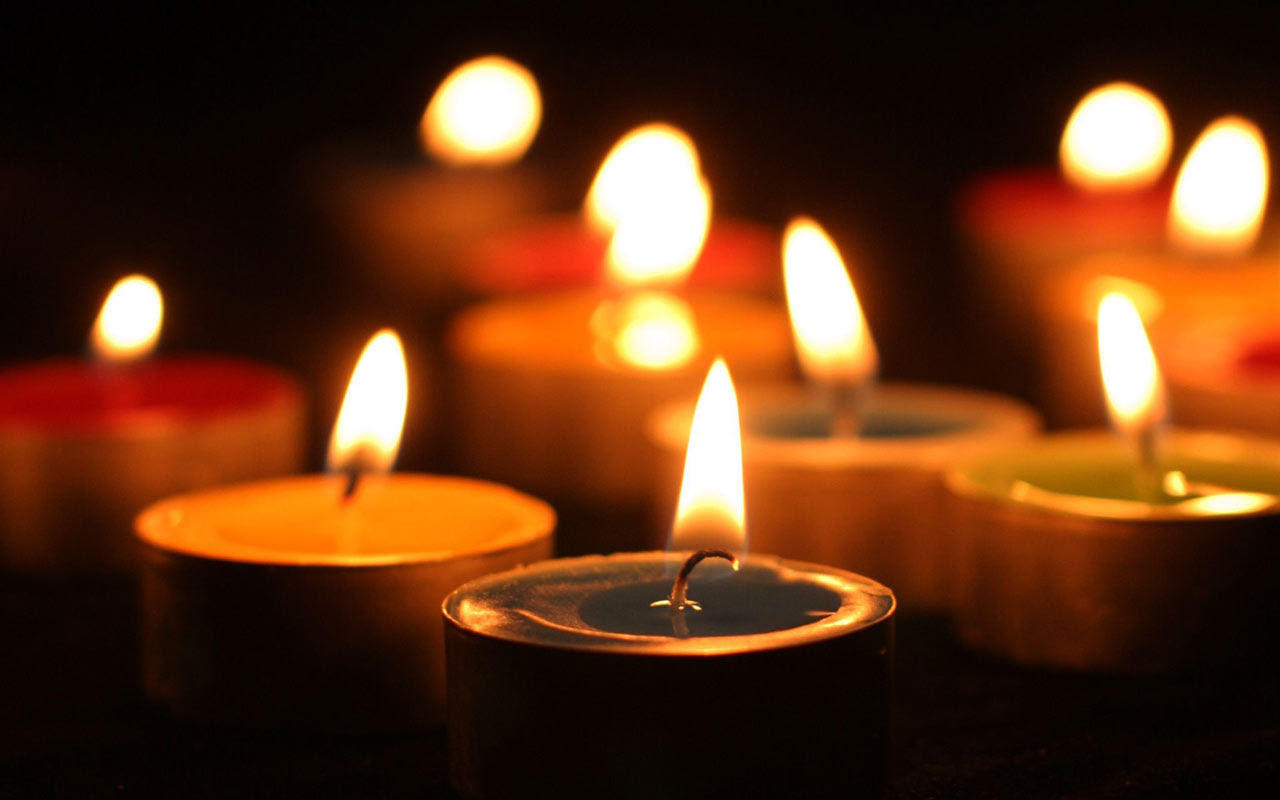 When: Each Wednesday of Advent, beginning December 6th, 6pm
Where: St. John’s, in the nave

Our last Nightwalk of 2017 begins with a lighting of the menorah to commemorate Hannukah and the victory of light over darkness. Once again we’ll carry our simple, clear message: We care! Stop the violence!.

12/15: An invitation from our friends at CARECEN

In our accompaniment of two of our refugees, Isrrael and Mirza, St. John’s is privileged to partner with CARECEN (Central American Resource Center). Here’s an invitation to their festive holiday party for the families and individuals they serve, including Isrrael and Mirza .

This Sunday, 12/17: Compline with Endersnight 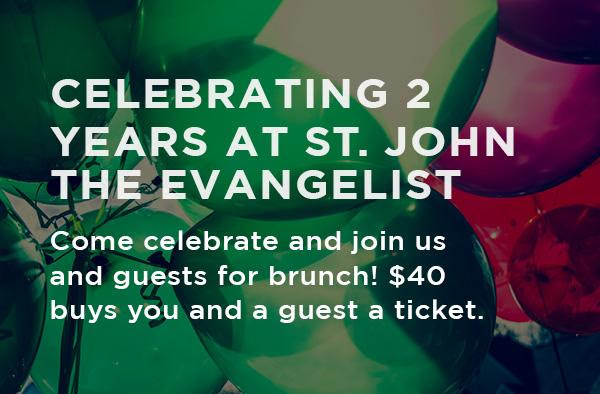 We are excited to have been at St. John the Evangelist for two years and to celebrate we are hosting a brunch for you and the guests!

Join us for a festive brunch, a chance to review our year, look at the year ahead, and elect new members to the Bishop’s Committee.

When: Sunday, Jan 294, following the Liturgy
Where: the nave, St. John’s

Just in time for Christmas!

Your very own St. John’s MORE LOVE tee shirt! And maybe a couple of extras for friends and fam!

Timm Dobbins and Susan Hansen and have been scouring thrift stores for baseballs/softballs, mitts, bats (aluminum and wooden) and soccer balls to take to Nicaragua in February.

Last year we were able to outfit a whole baseball league.

You can bring the items to church on the next several Sundays.

Thank you for supporting the work of El Porvenir.

(Note: In last Sunday’s sermon I mentioned Floricel, a young mother of three who has been detained, and away from her kids, for several months now. The faith communities in Faith in Action, many of them Episcopalian, have stood by Floricel throughout her ordeal. Unfortunately, we recently received some bad news about her case. The following from the Faith in Action newsletter tells more of her story.)

Community Continues to Fight for Her Release 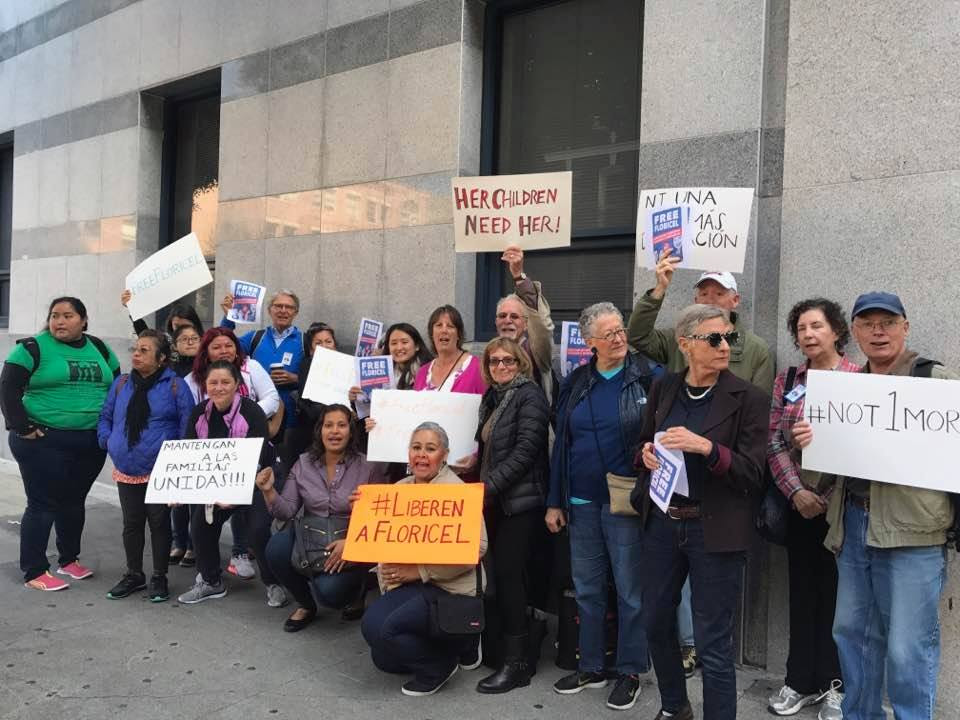 On Thursday, we received word that Judge Burch denied Floricel’s release on bond. (Click here for a summary of Floricel’s final bond hearing.) We are heartbroken over this decision and the continued separation of Floricel and her three children–Jennifer, 17, Michael, 13, and Daisy, 11.

In her written decision, Judge Burch relied on a police report from Floricel’s DUI arrest to conclude that Floricel presented a danger to the public. The judge was not moved by Floricel’s successful completion of her rehabilitation program and her continued commitment to sobriety. In her rehabilitation course, Floricel gained valuable insight into the various factors that drove her to drink, such as the pressures of working 17 hours a day at two jobs to support her three children, and she learned tools to help her address these immense pressures ina sober way. At her bond hearing, Floricel spoke multiple times about her longing for and devotion to her children and how, if she were released, she would not jeopardize her ability to be close to them by drinking.

The judge also cited Floricel’s inability to satisfactorily answer her question about whether she would turn herself in for deportation in her conclusion that Floricel presented a flight risk. At the bond hearing, Floricel, an asylum seeker who experienced horrific violence in Mexico, responded honestly to the judge’s question in this way: “In Mexico, there is an order for me to be killed. I would use every legal means to stay in this country.” Floricel had found herself in a double bind: the only way to satisfy the judge’s question and be reunited with her children would be to respond that, yes, she would turn herself in to be deported, that is, to be again separated from her children and to put her life indanger.

Floricel’s supporters, which includes the faith community, her legal team, community advocates, and various high school and student groups in San Francisco and the East Bay, will continue to strategize and fight for her release.

We will keep you posted. Please stay tuned.

This Thursday, 12/14: March for Mission Street

Longtime residents of the Mission will march to City Hall to protect the working-class family corridor of Mission Street! United to Save the Mission, Our Mission NO Eviction, Cultural Action Network, and Calle 24 Latino Cultural District are hosting this march to say NO to luxury development, NO to high-end restaurants, and NO to red lanes. 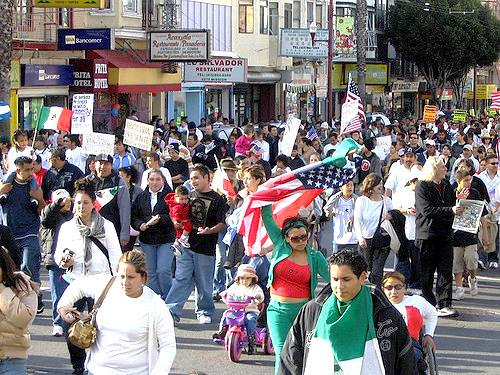 Mayor Ed Lee died suddenly this week at the age of 65 after 40 years of public service. Our prayers are with his family and colleagues at this time of mourning. May he rest in peace and rise in glory.

The Mayor’s political and moral legacy is deeply flawed in many ways. Still, I’m grateful for what he did do. I’m grateful, for example, that when the president attacked Sanctuary cities like ours, Ed Lee stood firm. “Being a sanctuary city is in our DNA,” he tweeted. “San Francisco will never be anything other than a sanctuary city.”

I’m also grateful for his support of the Navigation Centers, including one a block from our church, that have given some respite to at least some of the many residents left homeless by of his own gentrification-friendly policies.

One day the Mayor stopped by our church to visit the staff and guests of The Gubbio Project. Here he is with Gubbio’s Laura Slattery, the City’s Sam Dodge, our own Jean Baker with beloved pooch Tarzan, and a Gubbio guest.

Readings for next Sunday (Reading them in advance can make the Liturgy more powerful for you!)

The fourth-quarter rota is here.