Timm Dobbins preached on Pride Sunday June 26, 2022. You can read his sermon here.

Saying Yes and meaning it

The two sons in this gospel story are sent to the vineyard: one says yes, but never sets foot in the vineyard; the other says no, but later changes his mind and goes. The moral is not hard to grasp, and the cliches come tumbling out: Talk is cheap. Actions speak louder than words. Practice what you preach. As Jesus says in another place, “Not everyone who says to me ‘Lord, Lord’ will enter the kingdom of heaven, but those who do the will of my Father.” And St. James puts it starkly: “Faith without works is dead.” (James 2:14-26).

Somehow we’ve gotten all messed up. We’ve come to think believing in Jesus is a matter of getting the words right, of making some disembodied, intellectual Yes to a checklist of doctrines and finely honed theological statements. Somewhere along the line, the litmus test for being a Christian became a matter of correctly rattling off all the obscure theological words. We got it backward.

Marcus Borg says this distortion of what it means to believe came out of the Protestant Reformation.

Add to that popular Christianity’s emphasis on the afterlife, and being Christian came to mean assenting to the right doctrines now for the sake of heaven later.

But it was all so different in the early church, which had no clear consensus about doctrines, and in which a variety of opinions held sway. They did not call themselves “People with the absolutely correct theological doctrine you better believe or you’ll burn in hell forever,”–they did not call themselves that. Rather, they called themselves simply “the people of the Way”–that is, the Way of Jesus. For them, it was less about correct doctrinal statements and more about following Jesus–sharing food with the hungry, sheltering the homeless, welcoming the immigrant and the stranger, visiting the sick and the incarcerated, working for peace. Being people of the Way.

Then, a few hundred years after Jesus, the bishops and Emperor Constantine wrote what we now call the Nicene Creed. It’s in your service bulletin; we’ll recite again in a few minutes. Like so many works from other times and places–like our scriptures and our hymns, like the music of Thomas Tallis or Bach, or the plays of Shakespeare–the Nicene Creed was written by people with experiences and challenges and ways of thinking very different from ours. For that reason, like the works of Shakespeare or Bach, it can take a little work to understand it.

And yet, even in this statement, however obscure and baffling to us, we can see the earlier understanding of what it meant to believe: It’s not about an intellectual conviction, but rather a way of life.

The creed begins with the Latin word credo, most commonly translated into English as “I believe.” But at the root of the Latin word “credo” lie two smaller words: cor, meaning “heart”, and do meaning “I give.” At its root, the word credo means “I give my heart.” In other words, saying the creed does not mean, “I believe the following theological affirmations to be literally true,” but rather,

Belief is not just a matter of subscribing to some list of doctrinal statements. Rather, it’s about giving away your heart in a passionate, and compassionate, way of life. It’s about saying Yes and meaning it.

And later in the creed, we say “I give my heart to the church–that all-too-human community that many of us have struggled with over the years to be sure, but one that nevertheless tries, in its best moments and however imperfectly, to follow the Way of Jesus.

Here at St. John’s we are part of this larger community, and for us, our being church comes with a few specifics:

It’s not just about some disembodied, left-wing, progressive agenda for saving the world. It’s about following Jesus.

And it’s not some disembodied, abstract, lofty ideal. It’s more real than that, more practical; it’s about credit cards and bank balances and checkbooks and squeezing what you can from your already meager resources. Over the next few weeks, you’ll hear a few reflections about our financial stewardship of this community.

This stewardship is about living into what we say we believe, and about our deepest values as followers of Jesus. It’s about being people of the Way who are willing to sacrifice to do the works of love.

It’s about giving your heart away, saying Yes and meaning it. 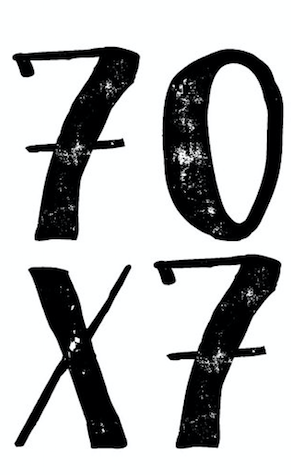 A couple of weeks ago, I gathered with many neighbors up on 26th and Van Ness to remember 23-year-old Abel Esquivel. He had been shot and killed on that spot a few days before.

I had seen Abel over at CARECEN, one of our local non-profits. He had left gang life many years before, and was mentoring other young people who were also trying to leave the gangs.

Late one night, Abel was home with his mom. She hadn’t eaten, and the fridge was empty, so he headed up the street to buy her a burrito. On his way home, a car pulled up and fired several rounds into his body. He lay on the ground for several minutes, then managed to get up, pick up the burrito, and take it home to his mom. She immediately rushed him to the hospital where he died a short time later.

The evening I stood in remembrance at 26th and Van Ness, I watched the Danzantes perform their beautiful ancient indigenous dances, every step a prayer. And I watched Abel’s mom quietly sobbing. I couldn’t help but wonder how I might feel if I ever lost my son this way.

They asked me to say a few words. I was not prepared. I said, “Well, I know the cliche is that time heals all wounds, but I’m not so sure about that. Some wounds never heal. Losing a child like Abel may be one of them.” Then I tried to muster whatever words of comfort and hope I could–knowing, of course, that I would inevitably sound like one of Job’s well-intentioned but vapid friends. Anything I might say in that moment would inevitably be hollow, completely inadequate to the pain Abel’s mom and family were feeling in that moment.

Some wounds go so deep they’re beyond the reach of whatever feeble but well-intentioned words we can muster. In the end, something else is needed.

And sometimes, such wounds are also beyond the reach of any given judicial system–the laws and procedures by which a given community tries to resolve disputes and restore just and healthy relationships.

Years ago, another young man was savagely murdered. His family went through hell: enormous grief and pain and tears and rage. They rightly demanded justice. After many years, a jury found the murderer guilty and sentenced him to death. The family was relieved. At last they would see justice for the murder of their son and brother, bring closure to this unspeakable ordeal, find some healing.

The day of the execution arrived, and the family waited in the viewing room. Eventually, the drapes to the execution chamber opened. They could see their son’s killer strapped to the gurney, his arms attached to IVs, and a monitor recording his every heartbeat.

When offered a chance to make a statement, the condemned man said nothing. The warden gave the go ahead, and the executioners began injecting the three lethal drugs into the man’s body, one after the other. Seven minutes later, the condemned man’s body lay dead on the gurney. The drapes closed; it was time for the family to leave.

The family’s parish priest had been with them, and he walked them back to their car. As he said goodbye to the young man’s mom, he gave her a hug, and opened the car door for her. The mom looked at him, and said to him in tears, “I don’t understand, but even after all this–even after all this–I still don’t feel closure, I still have all this pain.”

Sometimes healing is beyond the reach of the various laws and procedures a given community might establish to ensure healthy and just relationships. Sometimes we need more than a judicial system can provide.

Which brings us to today’s gospel. It follows last Sunday’s gospel about what to do when someone in the church commits a very real injustice against you. That gospel laid out the rudiments of a judicial system for the Christian community for resolving disputes and restoring broken relationships.

In that gospel, Jesus said if someone in the church seriously sins against you, don’t just let it go by without comment, brushing everything under the rug as though nothing has happened. That would be what one of our great theologians calls “cheap grace”.

No, when an injustice has been done to you or someone else, you must speak up. First, speak to the person directly. If, after that, the other person continues the abusive behavior, then bring one or two other members of the church to listen in and provide their perspectives. If that doesn’t achieve reconciliation, then bring the issue before the larger church. If, after exhausting each of these three steps, the other person continues their bad behavior, then put some distance between you and them–”Let them be as the Gentiles and the tax collectors to you,” to use Jesus’ words–set them outside your usual circle of friends and acquaintances.

But then what? Is that it? What happens if, after all the well-intentioned words and all the community’s judicial processes, the abusive behavior continues? What then? That’s where today’s gospel comes in.

As Peter sees it, the question then becomes: “How many times must I forgive? Seven times?” He’s keeping score. He wants to know when the retaliation can finally begin, at what number can he finally strike back?

Peter seems to think seven might be the right outside number, which is pretty generous. Most people stop forgiving and start getting even at two.

But Jesus goes even further. This commitment to forgiveness and redemption and reconciliation, as he sees it, is rooted in the very rhythm of life. He tells a simple story of a servant who was forgiven a staggering debt, one that no one could repay in a million years, but who then refused to forgive another servant for a much lesser amount. Don’t be like that servant, Jesus says. Because you, like him, are swimming in a sea of mercy. And this mercy that frees you from your past mistakes and allows you a new future–this same mercy is meant to flow through you to others. This is one of the rhythms of life: “Forgive us our sins as we forgive those who sin against us.”

This is how it works for Jesus. After all the well-intentioned but inadequate words and all the necessary but inadequate judicial processes have taken us as far as they can, mercy gets the last word.